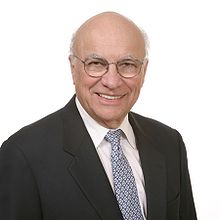 It is with sadness that we announce the passing of former U.S. secretary of agriculture and friend of ASTA, Clayton Yeutter. Clayton passed away on March 4, at the age of 86, after a long battle with cancer. Clayton served as United States Secretary of Agriculture under President George H. W. Bush from 1989 to 1991 before serving as Counselor to the President in 1992. He served as United States Trade Representative from 1985 to 1989 and as Chairman for the Republican National Committee from 1991 until 1992. Yeutter was most recently employed as a Senior Advisor at the international law firm  Hogan Lovells in Washington, D.C. Clayton was an unrelenting advocate of American agriculture and will be sorely missed.

A memorial service is planned for Saturday, April 8 in Bethesda, Maryland. For more information, see his obituary in the Washington Post.