Each year, at ASTA’s annual convention, leaders in the seed industry who have contributed significantly to advances in their areas of expertise, to their business sectors and/or states or regions, and to the efforts of ASTA to serve their industry are recognized by their peers with the highest honors bestowed by the seed industry.

The ASTA Distinguished Service award was presented to Edward Podleckis, Ph.D., USDA-APHIS. The award recognizes those whose efforts have made a significant contribution to the association and the U.S. seed industry.

He began his USDA career in 1988 as a research plant pathologist with the USDA, Agricultural Research Service, Molecular Plant Pathology and National Germplasm Resources Laboratories where he conducted research related to the detection of pome fruit and potato viruses and viroids of quarantine significances. In 1994, Dr. Podleckis joined USDA, Animal and Plant Health Inspection Service (APHIS), Plant Protection and Quarantine (PPQ). For over 20 years he worked as a risk analyst and risk manager developing APHIS plant pest risk analysis programs and policies.

Dr. Podleckis was named PPQ’s National Seed Health Coordinator in 2017, leading a team from APHIS, the seed industry and the National Plant Board tasked with developing the Regulatory Framework for Seed Health or ReFreSH. ReFreSH is a risk and science-based systems approach for managing the phytosanitary risk of international seed movements by leveraging seed industry best practices and shifting from consignment-by-consignment inspection and testing to accreditation of seed producers and production processes as the basis for phytosanitary certification.

In April 2022, Dr. Podleckis retired after over 33 years of Federal service.

In his role as PPQ’s National Seed Health Coordinator, Dr. Podleckis has been an invaluable resource to ASTA and the seed industry. He has worked diligently to work with the seed industry to address and resolve critical seed phytosanitary problems. He was a highly effective coordinator who connected ASTA and seed companies with the appropriate PPQ staff personnel and officers, and bringing PPQ and seed industry personnel together through conference calls and face-to-face as well as virtual meetings, and his participation in ASTA conferences. He maintained the highest standards of objectivity and credibility to find solutions without sacrificing PPQ’s mission. He exhibited innovation through his leadership, support and promotion of new and better ways to manage phytosanitary security, such as the ReFreSH initiative. 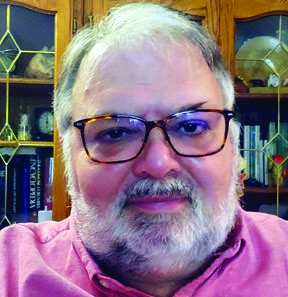 Rick has forty-five years of experience in the agriculture industry, having worked in sales, marketing, product development and various leadership roles in North American and Global businesses.

During his career, Rick has worked in various sectors of the agricultural business, with postings in domestic and international markets focusing on diverse seed portfolios, seed treatments and crop protection products. In 1985, he formed Gustafson Canada as a separate business unit of Uniroyal Chemical focused on the Seed Industry, where he served as the company’s President and General Manager. In 1993, in addition to his Canadian duties he was appointed Vice President, Marketing for Gustafson LLC in Plano, Texas and was named President in 2004. In 2005 after Bayer acquired Gustafson, Rick joined Bayer, holding senior management roles in Sales and Marketing for U.S. and North America. In 2011, Rick assumed the role as Global Market VP for Oilseeds and Wheat and VP of Seed Operations – Northern U.S./Canada/Europe/Australia. With an organization change on January 1, 2015 he assumed the newly created role of Global VP Seed & Trait Marketing leading to the assignment of Global Head of Seeds in 2017. He led the divestment process in Bayer for their Seed businesses and other assets which were acquired by BASF in 2018, where he became Senior Vice President, Seeds & Traits until his retirement in February 2022.

Rick served on the International Seed Federation’s Seed Applied Technology Committee for more than 20 years and various committees in ASTA and CSTA over his career. He is a member of the National Agri-Marketing Association and the American Seed Trade Association.

Rick has also served on the Ag Retailers Association Board, CropLife Canada/Crop Protection Institute Board of Directors, the CropLife America Board, and the Chemical Producer and Distributor Association Board and Bio.

Rick has a BSc in biology from the University of Guelph. Rick and his wife Lynda of 46 years have recently relocated back to Texas to be closer to family and their farm. They enjoy the outdoors and whenever possible, boating, canoeing and kayaking.

Richard Denhart graduated in 1964 from Southern Illinois University with a Bachelor of Science in General Agricultural. From there, he worked from 1964-1966 at W.R Grace in Fertilizer Sales, moving on in 1966 to a role as a union sheet metal worker until 1969.

From 1969-1974, he was the Chief Inspector for Illinois Crop Improvement. He then moved into a long-term role as the Director of the soybean and small grains department with Illinois Foundation Seeds from 1974-2002.

From 2002 to the present, Richard has served as the Executive Secretary/Treasurer for the Illinois Seed Trade Association.

Richard served as the first Chair of the ASTA State Government Affairs Working Group and was the first State Association representative to the ASTA Board of Directors.

Richard has been married for 58 years to his wonderful wife Sharon. He has 2 children and 3 grandchildren. Richard enjoys spending time with his classic cars and woodworking. 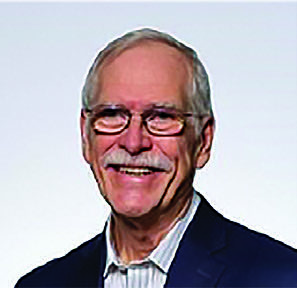 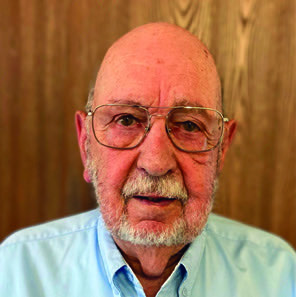