Arkansas: State Senator Blake Johnson proposed an amendment that would have effectively shut down the Arkansas State Plant Board, which has regulatory authority for seed in the state. The amendment—which ultimately failed—would have revoked funding for the Board, thereby eliminating its administrative functions and placing its budget authority directly under the state’s Secretary of Agriculture. According to Senator Johnson, the amendment was offered in response to the Board’s decision to uphold its ban on the use of Dicamba for this cropping season (effective April 15).

Oregon: Designed to expand Oregon’s “Slow Pay No Pay” contract rules to the entire seed industry, Oregon HB 4068 passed the House and is expected to successfully move through the Senate. Initially designed for the grass-seed industry, the state’s seed-production contract rules specify payment and payment-schedules to the producer. The legislative language was negotiated and agreed upon during a 2017 working group meeting that included growers, member associations, seed companies and the Oregon Department of Agriculture.

“It shows they’re willing to acknowledge that farmers growing proprietary crops have a necessity and a right to be paid in a timely manner,” said Anna Scharf, an Oregon farmer involved in the process. “We aired out our differences and figured out a law we could live within.”

Indiana: The Indiana State Seed Control Office has published a rule for comment that would remove Perennial peppergrass (Lepidium draba) and Russian Knapweed (Centaurea repens) from Indiana’s list of prohibited noxious weed seeds. The proposal would add Palmer Amaranth, waterhemp, and any pigweed seed, or Amaranth seed (Amaranthus sp.) to the state’s list of restricted noxious weed seeds. Amaranthus species that are sold as vegetable seed, edible grains for human consumption, or seed for ornamental landscape plants are excluded from this rule. As a result of this proposal, it is anticipated that related proposed legislation will not advance. 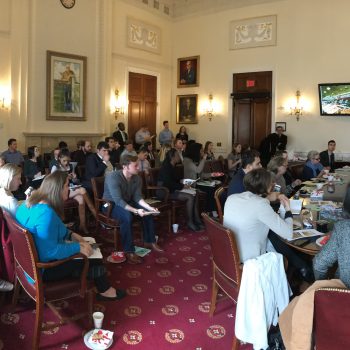