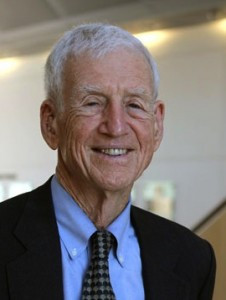 It is with great sadness that we announce the passing of William Henry Danforth, M.D. on September 16, 2020.

Dr. Danforth studied to be a cardiologist at Harvard University, where he met his wife Elizabeth “Ibby.” In 1998, he founded the Donald Danforth Plant Science Center with the mission to improve human condition through plant science and served as its chairman through 2013.