Censky, McKinney Sworn in at USDA

On October 10, Stephen Censky and Ted McKinney were officially sworn in as USDA Deputy Secretary and Under Secretary for Trade and Foreign Agricultural Affairs, respectively.

Censky served as CEO of the American Soybean Association for more than two decades, while McKinney has served as director of the Indiana State Department of Agriculture since 2014. Before that, he worked in corporate affairs at Elanco and Dow AgroSciences. 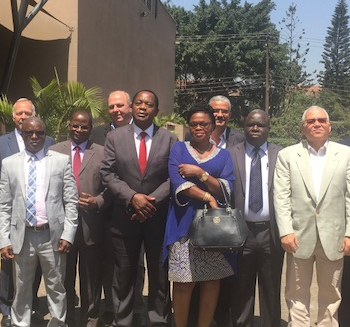