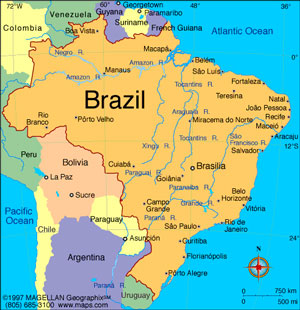 On February 21 and 22, ASTA Sr. Director for Seed Health and Trade Ric Dunkle and several ASTA member-company representatives met with Brazilian plant protection authorities, APHIS, and the Brazilian Seed Trade Association (ABRASEM) in Brazil. The discussions focused on new phytosanitary import regulations for commercial and research/breeder seed-Normative Instructions (NI) 16 and 52-that went into force at the beginning of March.

Of the new phytosanitary requirements for pests outlined in NI-16, at least 12 do not appear to be technically justified and the group is recommending they be removed from the list. In addition, the new provisions for importing small seed quantities under NI-52 will make it difficult to get this seed into the country and cleared through quarantine in time to meet critical planting windows to support breeding efforts. NI-4 also lists two corn seed pests which may no longer be technically justified. Alternative scenarios were jointly explored, leaving the door open for future discussions and possible pilot projects.

In addition to concerns with new phytosanitary import regulations, the group discussed several APHIS initiatives that are being developed in close partnership with ASTA and its members. These meetings were timely as a technical bilateral meeting between APHIS and the Brazilian authorities is scheduled for the end of March where final decisions on these and other seed issues will hopefully be made.